The solar energy industry in the U.S. has grown rapidly over the last decade, second only to wind power. But supply chain issues, made worse by the tariffs on solar panels manufactured in Southeast Asia, have been pushing costs up for the U.S. solar industry. This month, President Biden announced the waiving of certain tariffs on solar imports, sending stocks soaring, and potentially giving the sector a game-changing boost.

U.S. solar energy production increased from 1.82 TWh in 2011 to a giant 163.7 TWh in 2021, with significantly more sectoral growth than any renewable source other than wind. Solar photovoltaic (PV) installed capacity is now enough to power around 22 million homes, with solar power accounting for 50 percent of all new electricity-generating capacity added in the first quarter of 2022. 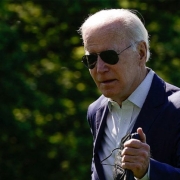 The move comes amid concern about the impact of the Commerce Department’s months-long investigation into whether imports of solar panels from Cambodia, Malaysia, Thailand and Vietnam are circumventing tariffs on goods made in China.

Biden’s action would allay companies’ concerns about having to hold billions of dollars in reserves to pay potential tariffs, one source familiar with the White House’s plans said.

“There is going to be this safe harbor timeout on the … collection of duties, and that’s at the heart of what’s going to save all of these solar projects and ensure that they are going forward,” the source said.

Biden also will invoke the Defense Production Act to drive U.S. manufacturing of solar panels and other clean energy technologies in the future, with the support of loans and grants, the sources said.

In our Summer Electricity Outlook, a supplement to our May 2022 Short-Term Energy Outlook, we expect the largest increases in U.S. electric power sector generation this summer will come from renewable energy sources. These increases are the result of new capacity additions. We forecast utility-scale solar generation between June and August 2022 will grow by 10 million megawatt-hours (MWh) compared with the same period last summer, and wind generation will grow by 8 million MWh. Forecast generation from coal and natural gas declines by 26 million MWh this summer, although natural gas generation could increase in some electricity markets where coal supplies are constrained.

Wind and solar power electric-generating capacity has been growing steadily in recent years. By the start of June, we estimate the U.S. electric power sector will have 65 gigawatts (GW) of utility-scale solar-generating capacity, a 31% increase in solar capacity since June 2021. Almost one-third of this new solar capacity will be built in the Texas electricity market. The electric power sector will also have an estimated 138 GW of wind capacity online this June, which is a 12% increase from last June. 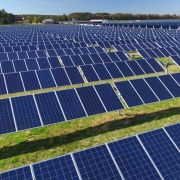 Amazon.com Inc (NASDAQ:AMZN) has committed to buying electricity from 450 MW of solar parks to power its data centers in California under a deal with power distributor AES Corp (NYSE:AES).

The US e-commerce giant has sealed two power purchase agreements (PPAs) that will see it get renewable energy in the California Independent System Operator (CAISO) market. The power will be sourced from solar photovoltaic (PV) plants and 225 MW of battery storage projects with a four-hour duration.

The off-take deals were announced by AES on Thursday.

The solar industry employs over 230,000 American workers. According to a new report issued by the Solar Energy Industries Association, 70 percent of U.S. companies say at least half of their solar workforce is at risk as a result of this investigation. 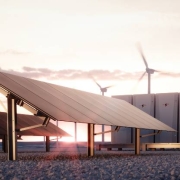 America’s electric power system is undergoing radical change as it transitions from fossil fuels to renewable energy. While the first decade of the 2000s saw huge growth in natural gas generation, and the 2010s were the decade of wind and solar, early signs suggest the innovation of the 2020s may be a boom in “hybrid” power plants.

A typical hybrid power plant combines electricity generation with battery storage at the same location. That often means a solar or wind farm paired with large-scale batteries. Working together, solar panels and battery storage can generate renewable power when solar energy is at its peak during the day and then release it as needed after the sun goes down.

Click here to read the full article
Source: The Conversation 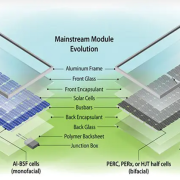 As solar grows rapidly as an energy source, the number of photovoltaic (PV) modules that are manufactured and installed each year will continue to expand. By 2050, the United States may have installed 1,600 gigawatts of PV (or more) to decarbonize its electricity system, about 20 times the amount installed today. Even before 2050, many of these PV modules may start retiring from service. What happens to those modules?

Many researchers and members of the PV industry, including researchers at the National Renewable Energy Laboratory (NREL), have begun to consider solutions to the end-of-life question for PV modules. Most envision a circular economy for PV materials in which modules (or the glass, silicon, aluminum, and other materials that compose them) are recaptured at the end of their life for reuse or recycling. 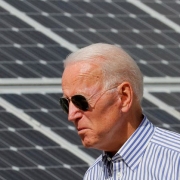 The U.S. has accelerated the permitting of wind and solar projects on federal lands under President Joe Biden, but his administration needs more staff and less administrative red tape to keep up with the clean energy industry’s demand for land, according to a report submitted to Congress on Tuesday.

The announcement shows progress toward Biden’s goal of siting more renewable energy on public acreage as part of his climate change agenda while also underscoring the difficulty of quickly crafting policies to support the expansion of a fast-growing industry. 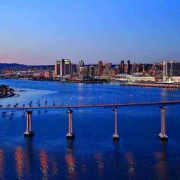 California utility San Diego Gas & Electricity (SDG&E) has released new projections for meeting California’s decarbonization goals. The study, The Path to Net Zero: A Decarbonization Roadmap for California, predicts that in order to reach the mandated carbon neutrality by 2045, the state will need to quadruple its electricity generating capacity from 85 GW to 365 GW, add 40 GW of energy storage, and integrate 20 GW of green hydrogen – while also adding 4 GW of fossil gas with carbon capture and sequestration technology.

The utility said that they believe a mix of resources will be needed to “maintain electricity system reliability in the SDG&E service area” as total consumption increases by an estimated 100%, and peak demand grows by 85%. 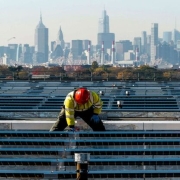 The pace in which the world needs to transition from fossil fuels to renewable energy needs to urgently accelerate as the threat from rising global temperatures increases each day, experts say.

There is a more than 50% chance that temperatures will exceed 2 degrees Celsius unless the ambitious climate pledges made leading up to the 2021 U.N. Climate Change Conference are not strictly adhered to, a study published this month in the scientific journal Nature found.