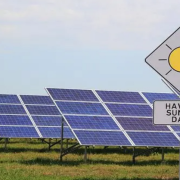 The war in Ukraine has been a wake-up call for Europe’s energy needs, to say the least. Even though Europe has been aggressive in its expansion of solar power due to increased renewable energy ambitions and lower cost, much more can be done. The need to reduce dependence on Russian gas for energy has become more prominent since the war began in Ukraine. According to the Low Emissions Scenario 2022 by Statkraft, Europe is now on track to have significantly more solar power by 2030 than expected as a result of this.

This Low Emissions Scenario by Statkraft is in its seventh year and is a comprehensive analysis of the global energy market towards 2050. According to the report, wind power and solar power are slated to be the most crucial renewable technologies for reducing the European Union’s dependence on Russian gas and cut emissions.