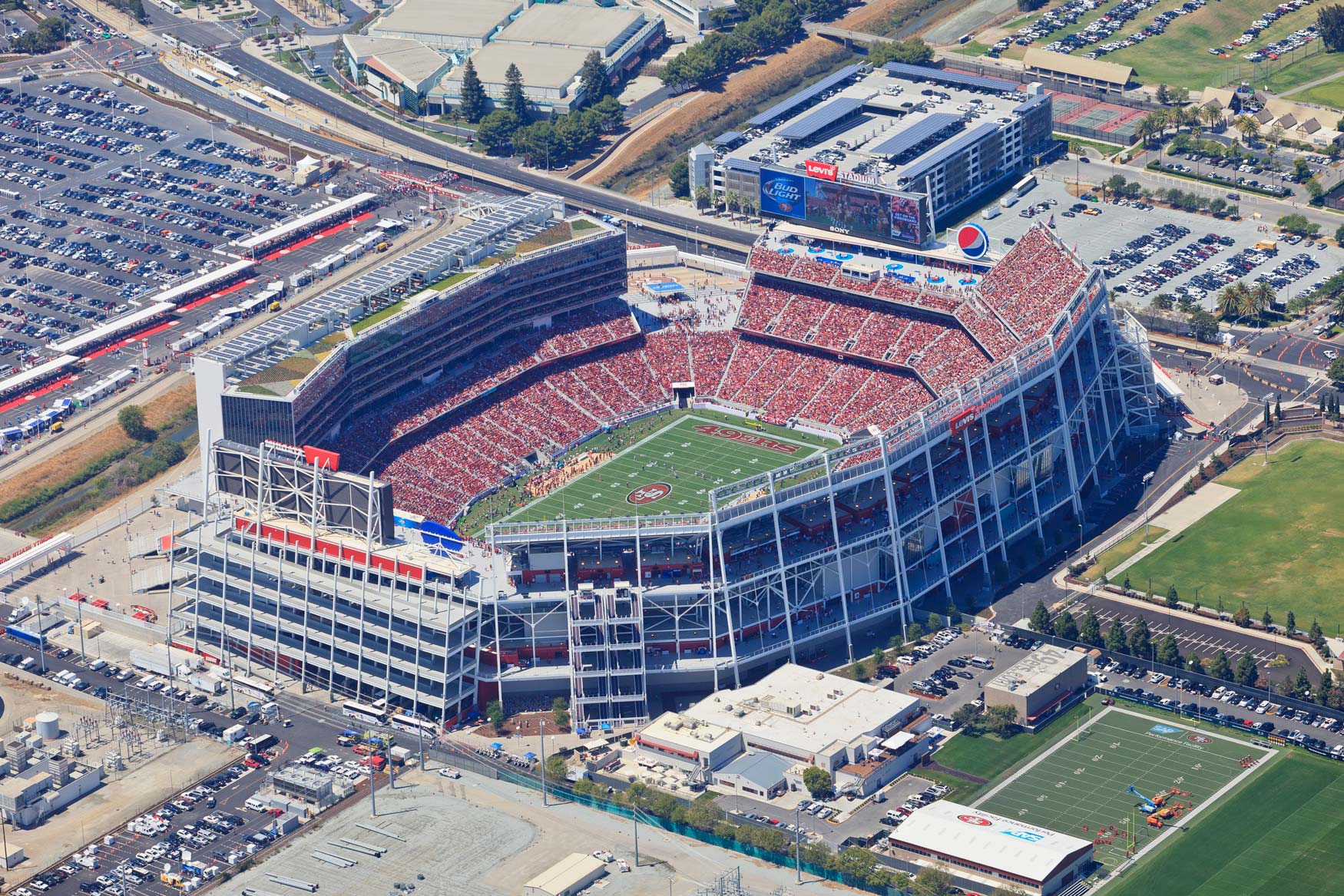 This Super Sunday will not only feature Peyton Manning, Cam Newton, Coldplay, Beyonce and Bruno Mars…there will be a “behind the scenes” special guest:  Solar Power.

The host to Super Bowl 50 is Levi’s Stadium, the first professional football stadium in the NFL to be LEED Gold certified, of which a primary qualification is clean, renewable energy.  The solar at the stadium produces 375 kilowatts (kW) of peak power from more than 1,150 solar panels, generating enough power in a year to meet electricity demands during every home game for the team inhabiting Levi’s, the San Francisco 49ers.